A Summer in Brussels: Your Go-To Guide

Are you hoping to enjoy your summer in Brussels? Whether arriving here for business or pleasure, this amazing city has an incredible amount of attractions and events to offer. Let’s also not fail to mention that Hotel Hubert will represent a dream come true in regard to the treatment that guests can expect.

Not only are we found a mere stone’s throw distance from venues such as the Grand Palace and Brussels train station, but visitors can expect nothing less than the best during their stay. From healthy food options to comfortable co-working spaces and a state-of-the-art fitness centre, nothing is left to the imagination. When these are combined with a host of comfortable rooms packed with all of the amenities that guests have come to expect, it is clear why customers continually choose Hotel Hubert when planning a summer holiday in Brussels.

Let’s now take a closer look at what makes a summer in Brussels such an unforgettable experience as well as some of the most popular festivals and events to consider attending during your stay.

Key events not to be missed

Let’s start by going back into the past with the Ommegang, a traditional event celebrating local heritage. According to legend, the procession dates back to 1348 and celebrates the arrival of a patron saint of the city, brought from Antwerp in a boat and placed in the Sablon chapel. Nowadays, the procession starts with a crossbow shooting, followed by a ceremony in the Sablon church and ends with a procession to the Grand Place. This colorful show is to be discovered on June 29th and July 1st on the Grand Place of Brussels – Unesco World Heritage.

Another mytical event awaited every two years since 1971 in Brussels: the famous Flower Carpet of 70 meters long and 24 meters wide! A hundred of volunteers install it in less than 8 hours, to allow visitors to attend a magnificent sound and light show. You will admire begonias in particular, as Belgium is the world’s largest producer of begonias with around 35 million bulbs each year. This ephemeral will take place on the most beautiful square in the world from 12 to 15 August 2022.

For those who want to taste as many beers as possible in a short period of time, the Belgian Beer Weekend is the perfect occasion. With around 450 different beer samples, you will meet some of the best beer producers in the world and learn about their production processes. What’s on the agenda? The celebration of Saint Arnould, the patron saint of brewers, through the parade of brewers with their beer carts in the centre of Brussels.  It is held every September (2 to 4th this year), in the heart of Belgian heritage and culture: The Grand Place.

Visiting the city with your children? Are you a big kid yourself or a comic book fan? Brussels is a must for comic book fans and the Brussels Comics Strip Festival is unmissable. Come to this festival and discover the many worlds and genres of comics. Two major events are on the programme: Baloon Day, during which larger-than-life comic strip characters parade through the city; and the Car Rally, which exhibits a hundred classic cars.

The capital is buzzing with life and has more than one trick up its sleeve. With exhibitions, concerts and rooftops, you’ll be spoilt for choice. Find all summer events on VisitBrussels. 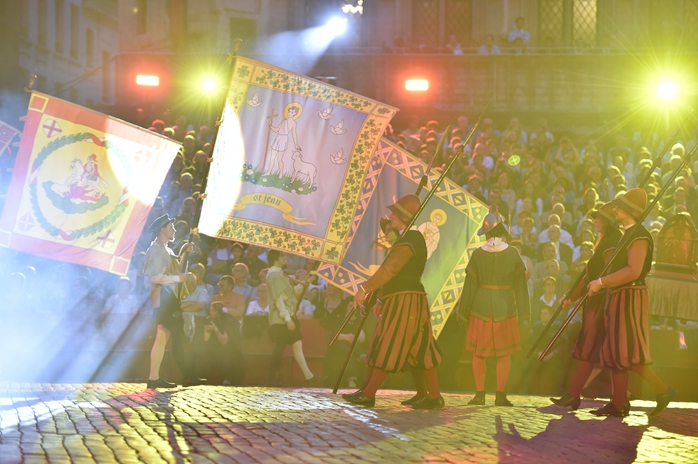 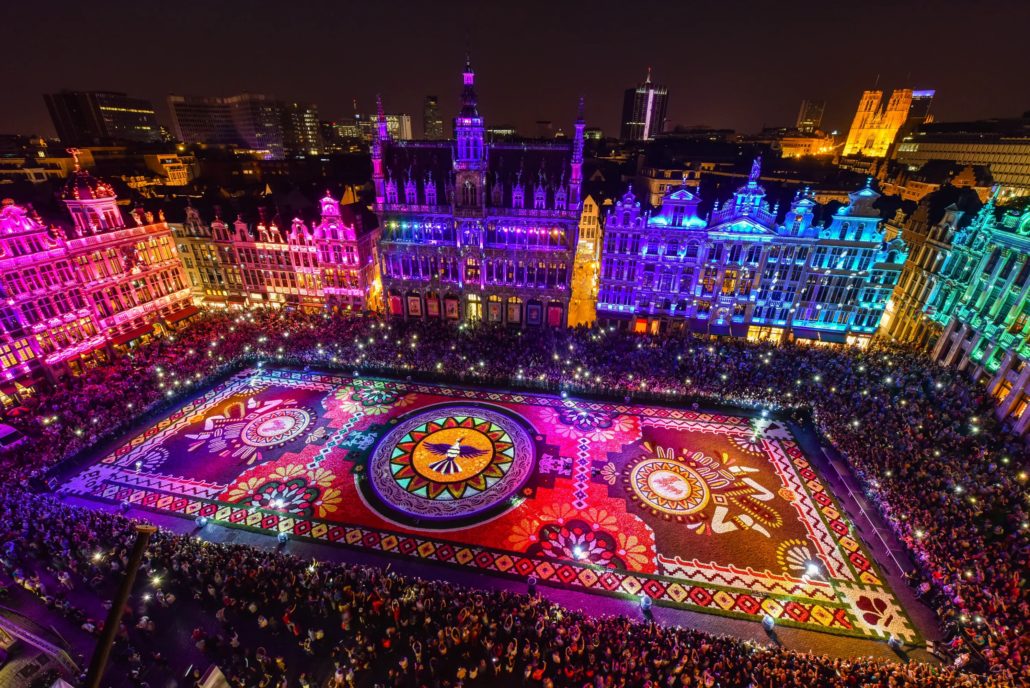 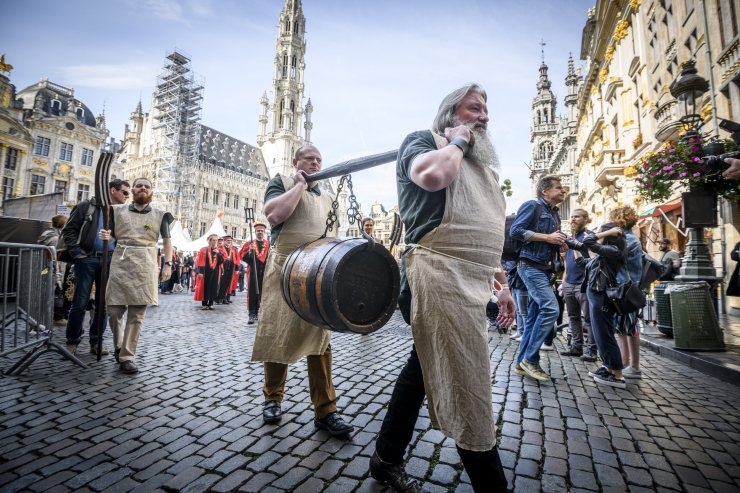 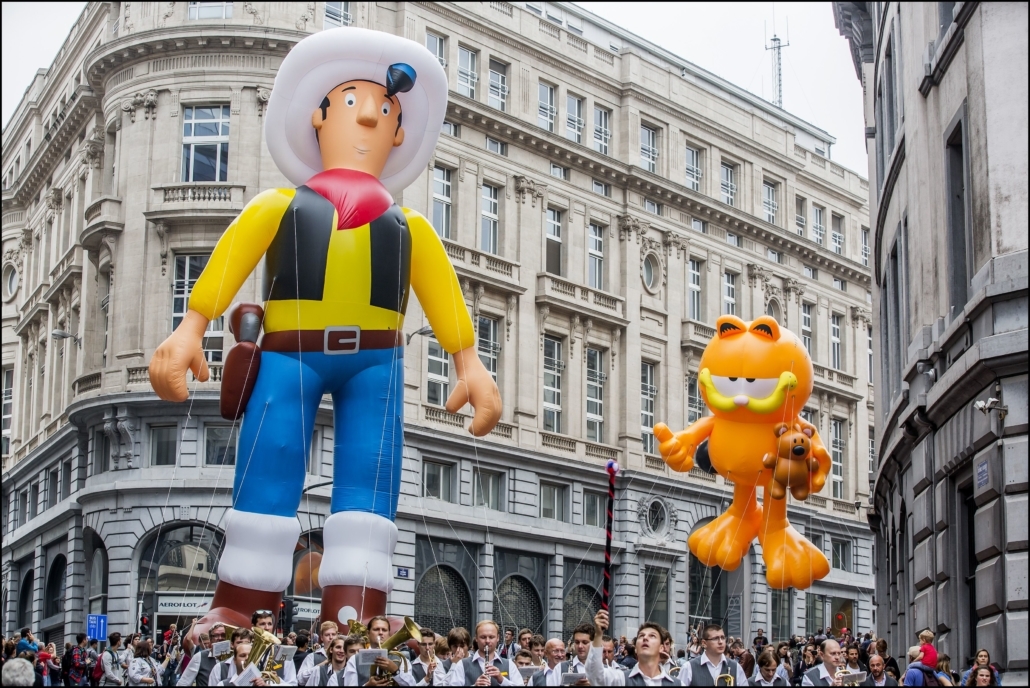 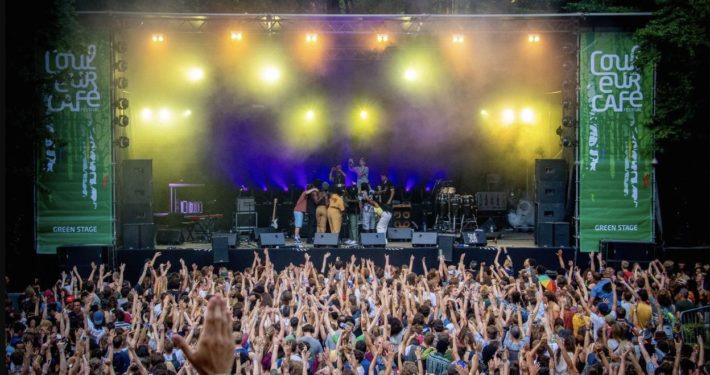 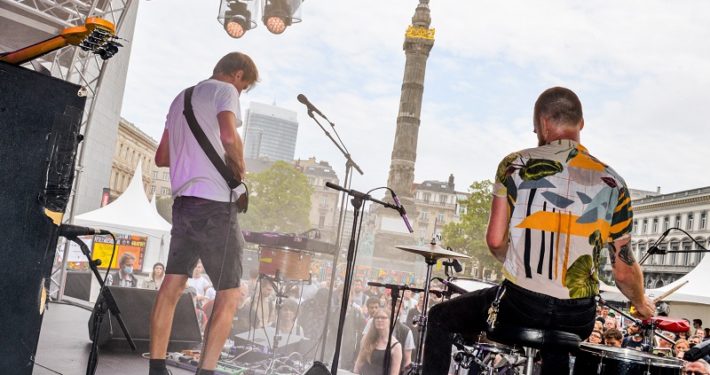 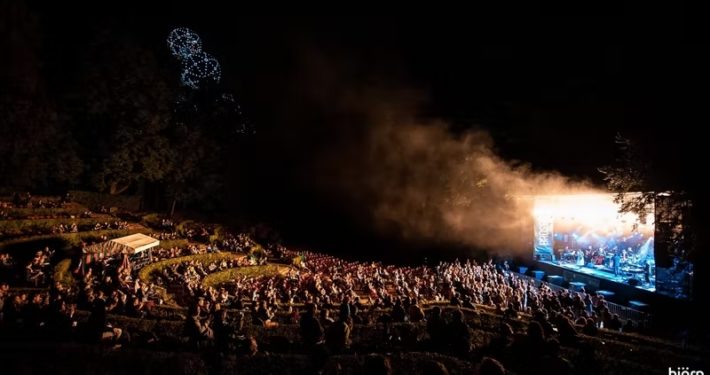 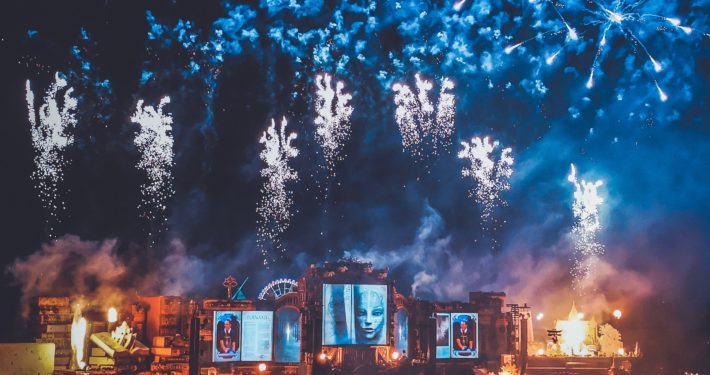 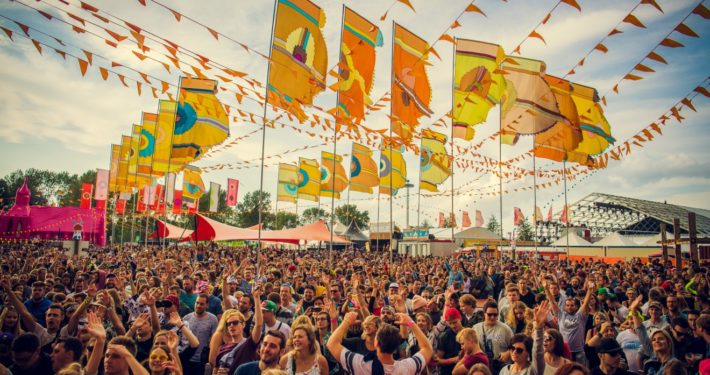 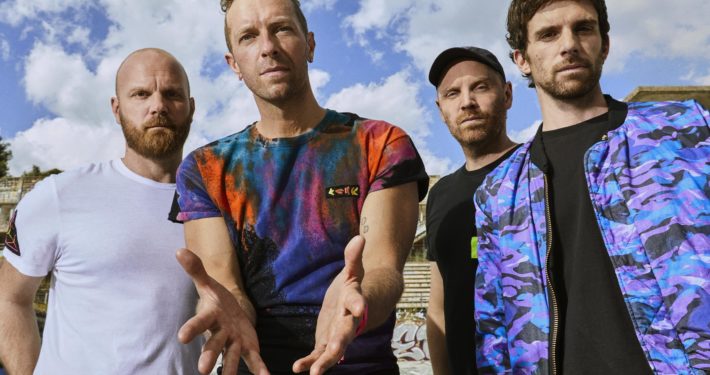 The Best Summer Festivals in and Around Brussels

Belgium is the land of music festivals. From spring until late summer you can attend a music festival every weekend and even more than one in July and August. Flanders especially is a bit festival crazy, with even the smallest towns organizing their own festival.

Some of these music festivals in Belgium have been around for years and are now proper music institutions. We’ve put together a list for you with some of the biggest names, focusing on Brussels and around the city.

One of the most well-known annual events is the Couleur Café 2022 music festival. Displaying the talents of local and international artists, this diverse gathering will be held between 24 and 26 June. Whether you are a fan of hip-hop, funk or pop, prepare to be swept off of your feet. Couleur Café can trace its history back for three decades and this year will once again captivate audiences.

Another event to keep in mind is the well-known Fête de la Musique. It is being held in Wallonia as well as Brussels, so two different venues are available. Dozens of artists will be performing on stage between 17 and 21 June, so be sure to clear your calendar!

Or, perhaps you are a fan of jazz and folk music. In this case, always make it a point to visit the Théâtre de Verdure for the annual Brosella Folk & Jazz Concert. These festivals in Brussels will be occurring throughout the month of July and entry is free of charge.

Tomorrowland is currently billed as the world’s largest dance festival and this upcoming event is yet another example of why festivals in Brussels attract a truly global audience. Taking place over the first three weekends in July, attendees will be exposed to a wide range of dance music as well as some of the most respected DJs on the planet.

Those who will be arriving in August should likewise consider attending the Ronquières Festival. Taking place 5 and 7 August, this musical gathering hosts numerous genres. These include (but are not necessarily limited to) electronic, rock, hip-hop, and funk. Thankfully, Ronquières is located just 40 minutes outside of Brussels by car.

Why not also experience some of the most well-known bands in the world by attending this year’s Pukkelpop festival? Taking place between 18 and 21 August, the current line-up includes names such as Arctic Monkeys, Limp Bizkit, Bring Me the Horizon, and Clutch.

Another sign that this summer the music will be loud and clear: the concerts of Coldplay (August 5, 6, 8, 9) and Ed Sheraan (July 22) that will take place in the King Baudouin Stadium. A little extra? British band Coldplay is determined to keep the ecological footprint of the tour as small as possible and has a plan for that. The concert will use 100% renewable energy. They will reduce their CO² emissions by 50%. And, for every ticket purchased, a tree will be planted. A fun event for you and good for the planet!

Your stay at Hotel Hubert

Situated right in the heart of the city only a few minutes walk from the Gare Centrale, Hotel Hubert Grand Place enjoys a prime location that you are sure to love when you visit Brussels. Within moments of leaving your room, you can immerse yourself in the historic centre of the city, giving you more time to consider what to do in Brussels and savour every special second of your stay

Please contact us if you have additional questions or should you wish to place a reservation.
We will be more than happy to help!

A post card a day keep the doctor away, no? Check

Don't be shy. You don't need to knock, just come i

💡Did you know? @fridakahloimmersive offers you

I want to hear all about yours! Tell me your pet's

Make yourself at home 👑 📸 @erikaneverstops .

Best way to start the week? Aperol Spritz in my li

Welcome to the King Room 👑 It features a ridicu

I don’t serve breakfast, but my good friend @foo

You can tell a wise man by the books he has. Well,

It's that time of the year again in blooming Bruss

Need to work during your stay? 🤓 My Meeting Pod

Thankfully, I have a super housekeeping team not f

We use cookies on our website to give you the most relevant experience by remembering your preferences and repeat visits. By clicking “Accept All”, you consent to the use of ALL the cookies. However, you may visit "Cookie Settings" to provide a controlled consent.
Cookie SettingsAccept All Reject All
Manage consent

This website uses cookies to improve your experience while you navigate through the website. Out of these, the cookies that are categorized as necessary are stored on your browser as they are essential for the working of basic functionalities of the website. We also use third-party cookies that help us analyze and understand how you use this website. These cookies will be stored in your browser only with your consent. You also have the option to opt-out of these cookies. But opting out of some of these cookies may affect your browsing experience.
Necessary Always Enabled
Necessary cookies are absolutely essential for the website to function properly. These cookies ensure basic functionalities and security features of the website, anonymously.
Functional
Functional cookies help to perform certain functionalities like sharing the content of the website on social media platforms, collect feedbacks, and other third-party features.
Performance
Performance cookies are used to understand and analyze the key performance indexes of the website which helps in delivering a better user experience for the visitors.
Analytics
Analytical cookies are used to understand how visitors interact with the website. These cookies help provide information on metrics the number of visitors, bounce rate, traffic source, etc.
Advertisement
Advertisement cookies are used to provide visitors with relevant ads and marketing campaigns. These cookies track visitors across websites and collect information to provide customized ads.
Others
Other uncategorized cookies are those that are being analyzed and have not been classified into a category as yet.
SAVE & ACCEPT
Scroll to top